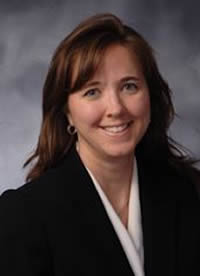 Commissioner Slusher has a distinguished legal career in public service.  After graduation from law school, she worked as an attorney in private practice in Jefferson City, Missouri for nine years primarily in the area of employment law,  and then transitioned into the public sector.  Commissioner Slusher worked for the Department of Labor & Industrial Relations for five years, primarily for the Division of Workers’ Compensation as Director and Legal Advisor.  She also worked as Chief Enforcement Counsel for the State of Missouri, Office of Secretary of State, Division of Securities and as an Assistant Attorney General for the Consumer Protection Division before transitioning to the Office of Administration.

In May 2016, Commissioner Slusher was appointed by Governor Nixon and confirmed by the Senate to serve as Commissioner for a six-year term.  She resides in Columbia with her husband, Christopher Slusher, and their two sons.