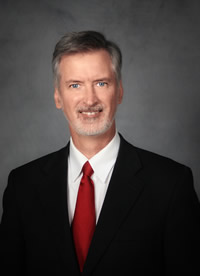 Commissioner Philip Prewitt was born and raised in Moberly, Missouri. He graduated from Washington University in St. Louis in 1989 with a degree in Political Science and in 1992 with his law degree. At his law school graduation he was honored to be inducted into The Order of Barristers, a national honor society for law students who demonstrate exceptional skill in trial advocacy.

He was commissioned as a Second Lieutenant in the United States Army Reserves in 1989 after receiving his undergraduate degree. After achieving his law degree, he graduated from the US Army’s Armor school (1993) and Transportation school (1996). He was commissioned into the JAG Corps in 2000 and was active duty as a JAG in 2003 in support of the war in Iraq. He was honorably discharged in 2007 with the rank of Major.

Commissioner Prewitt worked as a trial lawyer in Jefferson City from 1993 to 1996 with Andereck, Evans, Milne, Peace, & Baumhoer. In 1996 he moved to Weiss & Associates, P.C. in St. Louis. In 1998 he started his own law firm in St. Louis focusing on business, real estate, and collection cases. In 2003, after returning from active duty military service, he moved his law firm to Macon, Missouri, where he continued his private legal work until 2010. During part of that time he was also the City Attorney and City Prosecutor for the cities of Bevier and Atlanta, Missouri. In 2010 and again in 2014 he was elected as the Associate Circuit Judge of Macon County, Missouri.